Weekly Column: College Football as the next NFL? 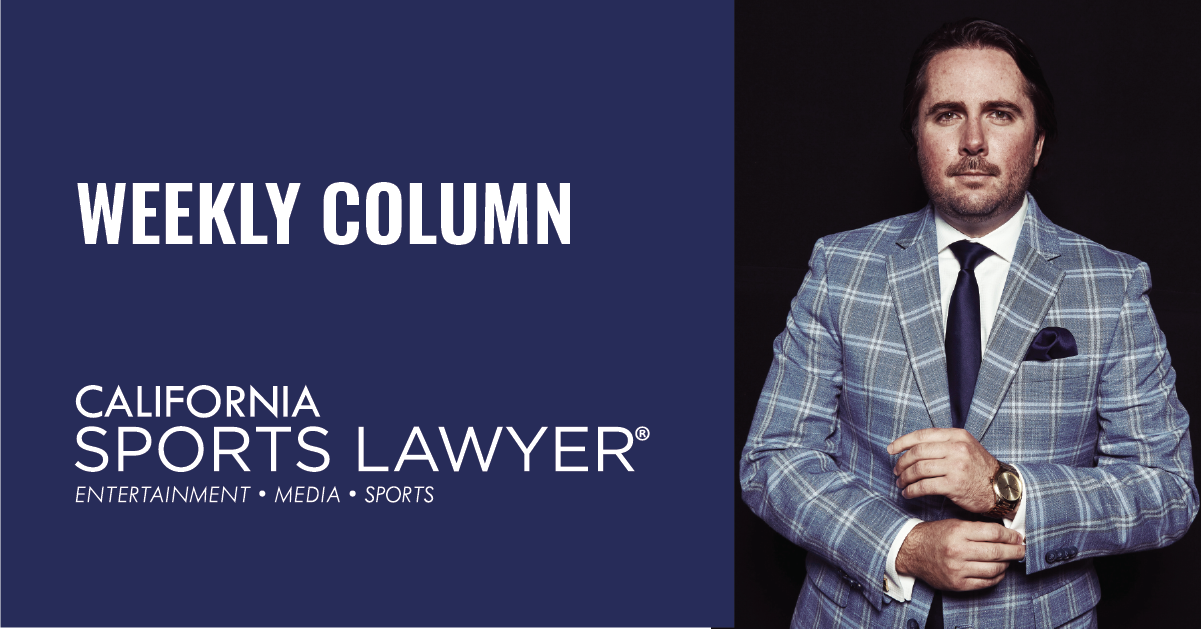 In his capacity as a Columnist for California Sports Lawyer®, Founder Jeremy Evans has written a column about the growth or diminishing role of college athletes, athletic departments, the NCAA, and media companies in an NIL, unionization, and paying players world.

When a reporter once asked Tennessee Titans head coach Mike Vrabel, a three-time Super Bowl Champion with the New England Patriots, why the National Football League (NFL) does not have a minor league, Vrabel quipped, “The NFL has the greatest farm system in the world. We pay our farm system coaches $10 million to develop players. Nick Saban is our farm system. Urban Meyer is our farm system. So, those are the types of players they’re developing. Those are the types of players that are playing in high school. That’s where the game is at.” Coach Vrabel said what many were unwilling: that Division 1 college football is indeed the minor league of the NFL.

However, what many did not anticipate was that four years after the Vrabel press conference, college athletes would be getting paid for off-the-field name, image, and likeness (NIL) opportunities to endorse and partner on products. Moreover, University of Michigan head football coach Jim Harbaugh has on two occasions publicly supported college athletes getting a cut of university television and streaming media deals and of the College Football Playoff (CFP), especially when the CFP expands to twelve teams in 2026. To provide some context and perspective: the Big 12’s recent television media deals are collectively worth $1 billion annually, while the CFP is likely to make $2.2 billion annually after expansion. Those monies are split between the schools and with the UCLA Athletic Department as an example, its $62.5 million dollar deficit for fiscal year 2021 will pay for the debt by moving to the Big Ten and partaking in the new media money (e.g., $70 million per year for each conference school with sixteen teams currently). UCLA’s move also likely saved some Olympic sports and ensured compliance with Title IX as well as eventually covering $102.8 million dollars in debt over the last three years.

UCLA’s debt is the result of Covid-19 restrictions (e.g., no fans at games) during 2020-2021, not owning their sports venues (Pauley Pavilion is owned by the Regents of University of California and the Rose Bowl is owned by the City of Pasadena), so revenue splits are limited, and like so many other public institutions, UCLA competes with private schools while being tied to stricter financial rules from the state government. The equivalent is like the DMV being asked to run a Tesla car dealership in regards to restraints, but definitely not talent as that seems to be evenly split between public and private academic institutions. With women’s sports growing and not including March Madness and College World Series revenue via the NCAA media, apparel deals, and endowments are the revenue lifeblood of collegiate athletic departments.

Is the new college model sustainable? What role does the NCAA play, if any, as unionization pushes further towards a reality? Practically speaking, college football is played on Saturdays so there is no NFL competition on game days. However, will fans lose interest when college athletes begin to get paid like professional athletes? If college football and basketball sports became independent of the NCAA, would the NFL consider an official partnership on development with universities or some newly formed overarching operational entity? As a sign of the shifting times, the Major League Baseball Players Association (MLBPA) recently announced support of minor league ballplayers to organize towards a union. Many questions arise from the changing times. Will there be employment contracts for college athletes? What are the repercussions? One thing is certain, college football and basketball will look completely different—pandora’s proverbial box has been opened.