Panel Discussion about NCAA Athletes: Should They Be Paid? 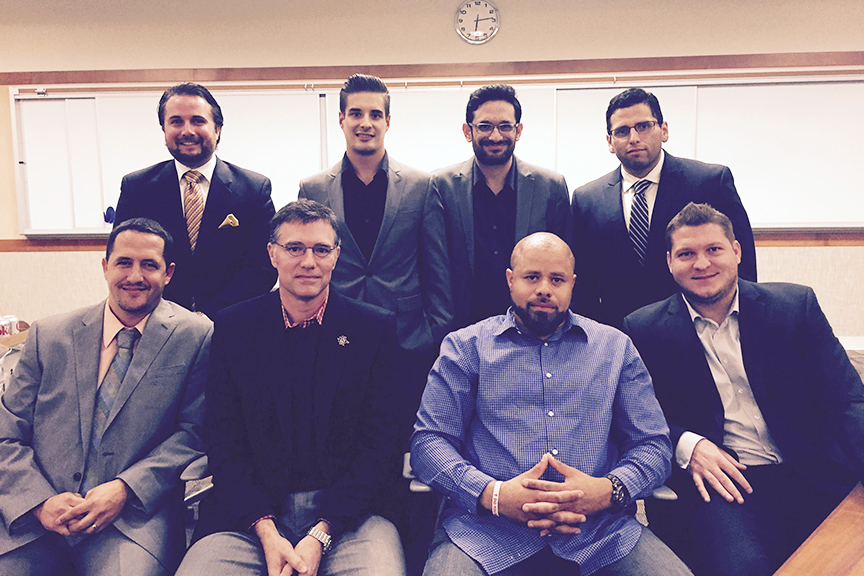 Managing Attorney at California Sports Lawyer and Center for Sports Law and Policy Director, Jeremy Evans ‘11, moderated the panel, and began the discussion by asking, “What is the definition of a student-athlete?” Wicker and Ochoa both agreed the answer to this question depends on the student and the sport. “In the context of basketball and football, the athlete comes before student,” stated Ochoa. As the discussion progressed, the panelists gave their opinions of whether or not they believe athletes should be paid and exactly what this could look like. As a former Division I college football player for a major school, Walker took the stance of athletes not being paid. However, Walker recounted a story of his student-athlete days at USC and how difficult it was to maintain the life of being a college student without proper funding. “USC football players received $1,000.00 a month in the form of a stipend. A majority of that money was spent on rent. Athletes should be receiving more money in the form of scholarships to cover the incidental costs of being a college student.” Wicker seconded Walker’s sentiments. “College athletics at the Division I level is a big business, but it does not have big business money. Instead of forming an employee/employer relationship, we should be focused on figuring out a way to give our athletes more money in the form of scholarships.” Wicker continued by breaking down the current financial state and division of money for the upcoming school term for athletes at San Diego State.

The discussion then turned to the legal ramifications of considering college athletes as employees. When asked to discuss the pros and cons of an athlete being deemed an employee, Ochoa added, “The athletes would be considered at-will employees. The member institutions would not have to change much of anything. It could be made into a deferred compensation type deal similar to a retirement fund that athletes would have access to upon graduation. As all employees of any business though, you have to consider taxes when discussing an athlete receiving payment for their services.” Tucker disagreed: “If you are treated as an employee, your expectations are going to be different. Everything is taxed! An eighteen year-old college freshman is not equipped to deal with having money he/she never sees being taxed.”

With a room full of potential sports agents and athletic directors, the panel was very enlightening and shed more light on a difficult situation with many solutions. Phylicia Coleman ’15, a graduating Thomas Jefferson student and Sports Law Fellow in the Center for Sports Law & Policy, works in compliance at the University of California, San Diego with alumna Abrina Wheatfall ‘12. Coleman added, “I thought the panel was not only informative but a lively debate. In the end, it gave me many things to think about, some of which I had never considered. As someone who works in NCAA Compliance, I appreciated the different opinions and suggestions for student-athletes to work within the parameters of the current NCAA rules.”

The idea of student-athletes being paid by their member institutions as employees is a difficult task the NCAA continues to deal with, while implementing new solutions. The public looks at the amount of money major NCAA athletic programs bring in, and wonder where it goes if it is not being poured back into the money making athletes? Wicker closed the discussion by stating, “The system is not perfect, but it is not broken. It could be different. You have to take into account what the TV money and advertisements are paying for behind the scenes. This money goes to subsidize other sports. Everyone gets caught in looking at what a school is bringing in and what the athletes are not getting, without stopping to think what the money is actually going to.”