Major League Baseball (MLB) back in Montreal via Tampa Bay? 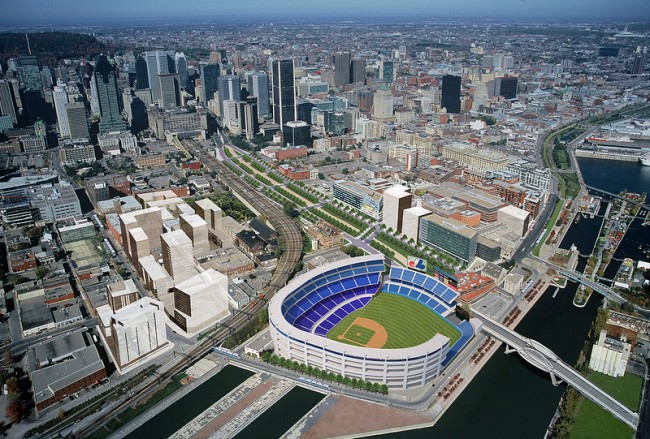 As the title suggests, it looks to be the case. Today, MLB Commissioner Rob Manfred is meeting with Montreal Mayor Denis Coderre in New York City, the site of MLB's headquarters. "Manfred said recently that the interest shown by Montreal meant the city had successfully passed the first test toward a return of baseball but that it would have to meet several other criteria, including a proper baseball stadium." Montreal is no stranger to professional baseball and might have won the World Series in 1994, but for this.

South of Montreal, however, Tampa Bay is still struggling (for over ten years now) to find a new baseball home. The Tampa Bay Times reported yesterday that "After more than half a year of debate, discord and drift, the City Council will meet again today to discuss the Tampa Bay Rays stadium stalemate." Here are some additional articles about the stadium/ballpark issues in Tampa Bay/St. Petersburg: 1, 2, and 3. (Update on 5.29.2015: Another defeat for Rays at St. Pete City Council.

So how do the Montreal Mayor/MLB Commissioner and Tampa Bay situations work together?

First, Montreal needs an MLB franchise as adding an expansion team not already in existence would upset the balance of fifteen teams in each league, five teams in each division, American and National, West, Central, and East, respectively.

Third, as sad as it would be to see Tampa Bay and their great player development system leave, having two Canadian teams battling each other would be great to watch. Montreal once had a great team, they could do it again.

In the end, as Commissioner Manfred has stated, this comes down to a stadium being built for baseball. Whether that occurs in Montreal or Tampa is yet to be seen.

About the author: Jeremy Evans is the Managing Attorney at California Sports Lawyer. He can be reached at Jeremy@CSLlegal.com.